With children reluctantly returning to school this month after the lengthy summer break, the classrooms and playgrounds will undoubtedly be filled with excited chatter, as tales of holiday activities and escapades are swapped.

Whilst many will have enjoyed a seaside holiday, either at home or abroad, and others simply had fun playing outdoors in the sunshine, there will be some youngsters who enjoyed the experience of a lifetime.

No doubt Rose Powell and Flame Brewer will never forget this summer, when the two 9-year old cousins became the worlds youngest formation wing walkers as they took to the skies over Gloucestershire, England on two 1940s biplanes in aid of muscular dystrophe.

Equally committed (and possibly just as daring?!) was the young Everton fan pictured cheering on his team, apparently oblivious to all around him during a recent Premier League match. 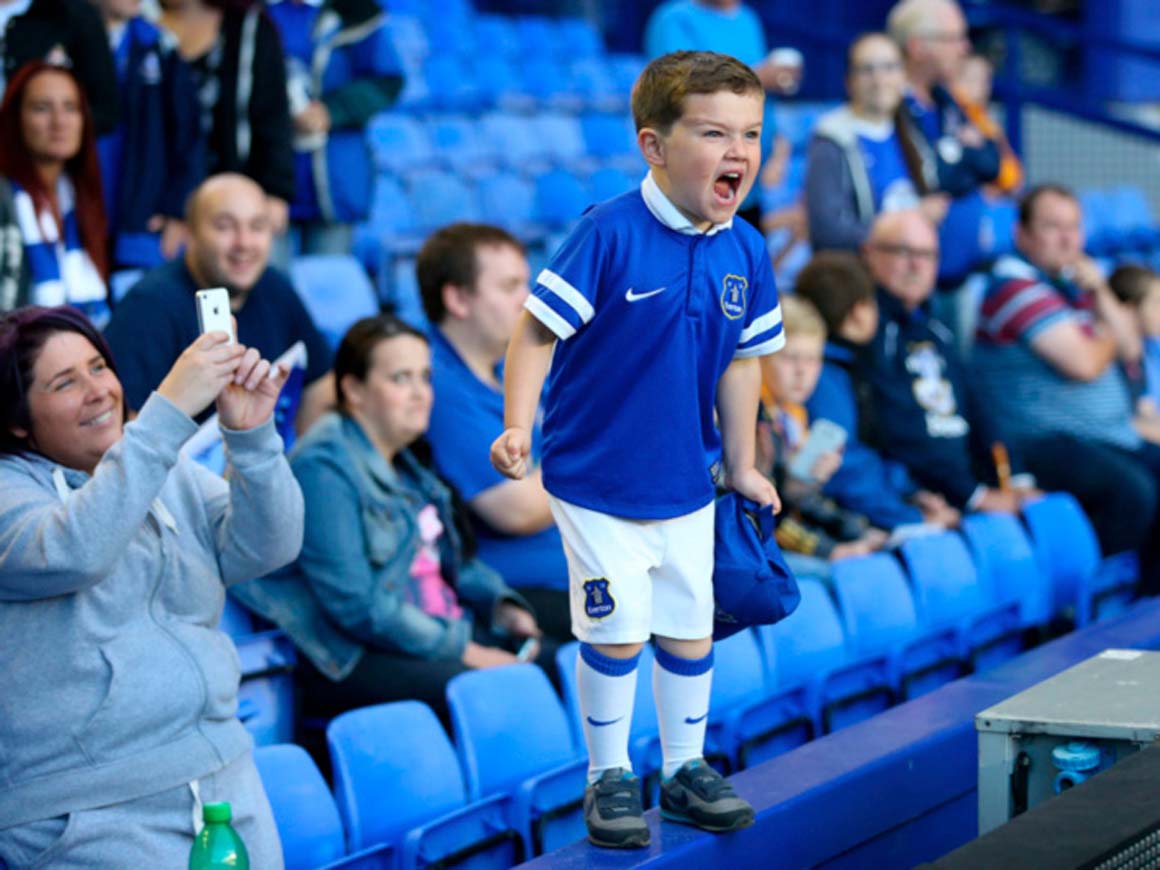 Noting that the children are all dressed from head to toe in sponsors’ clothing, with their attention seemingly elsewhere, it made us wonder exactly what effects branding and targeted advertising has on children of different ages.

Further investigation suggests that the topic is certainly a divisive one and as the Executive Summary of David Buckingham’s fascinating report below shows, research findings are somewhat inconclusive with valid arguments on both sides.

What is clear from the photos is that the subjects, in the absence of any digital media yet still surrounded by commercial messages, were clearly having an unforgettable time!

‘The Impact of the Commercial World on Children’s Wellbeing’ by David Buckingham, is a Report of an Independent Assessment on the subject prepared for the Department for Children, Schools and Families and the Department for Culture, Media and Sport.

The Executive Summary of the 190-page report reads as follows:

A full copy of the report can be viewed online by visiting:
http://www.academia.edu/679743/The_Impact_of_the_Commercial_World_on_Childrens_Wellbeing

Biplane photo: Getty Images
Copyrighted material used under Fair Use. If you are the copyright holder and believe your material has been used unfairly, or if you have any feedback, please contact: hello@besplendid.uk

Are children influenced by commercial messages?

This site uses Akismet to reduce spam. Learn how your comment data is processed.